Walking in Another Caregiver’s Shoes 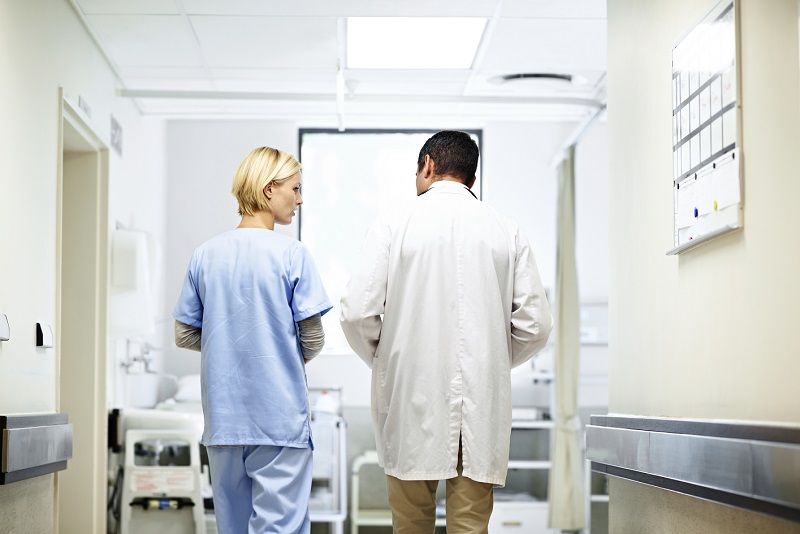 How many of our conflicts could be handled better or averted if we had the opportunity to spend some time in the shoes of the person on "the other side"? When we experience a situation through another's eyes, and when we understand their work and world, true empathy, understanding and trust can emerge.

This is certainly true in our hospitals, where the frenzy of patient care activities involves multiple roles — physicians, nurses, pharmacists, therapists, social workers and so many others. You can work with other disciplines every day yet know very little of their daily work demands, the challenges they face, and how some of your own actions impact them and the patient.

A straightforward and powerful approach to bridging these divides is the exercise of shadowing other health care professionals. Spending just a few hours with a colleague from a different discipline or clinical area can help you understand the larger hospital systems in which we work, and shed light on the communication and teamwork issues that are so often at the root of unsafe care.

At Johns Hopkins, shadowing has become a staple of the training of our medical students. In a clerkship called The Hospital, third-year students spend time with nurses, respiratory therapists and others, seeking a broad perspective of the environment in which they will later deliver care. The value of these experiences was eloquently captured by student Michael Foote in a recent Academic Medicine article, "The Many Faces of the Hospital."

Foote, now in his fourth year, explained how some of the inner workings of the hospital were mysteries to him before he shadowed different professionals. Reflecting on his experience with nursing staff members as they tried to juggle multiple orders and tasks, he writes: "Tasks poured in helter-skelter throughout the day; many had mistakes or were unintentional repeats. The result was a dizzying maelstrom of multitasking by the nursing staff. The experience convinced me of the importance of coordinating physician goals with, not against, nursing staff plans."

Foote's previous medical school education did not prepare him for the feeling of being close to patients in their weakest moments, such as when a dying man needed his bedsheets changed. However, "living as a nurse gave me a sense of the deep intimacy of experiencing another’s vulnerability," he writes.

Later, when Foote shadowed a respiratory therapist, Foote needed to approach the attending physician with advice that went against his plan. "Although he cheerfully acquiesced to my request, I, for the first time, experienced how powerless different-colored scrubs could make one feel."

Shadowing among working clinicians can also be enlightening.

For example, several years ago, staff members on a medical-surgical floor were frustrated with the quality of patient transfers into their unit. They worried about the safety of patients who arrived with outdated reports or without care orders, or who were transferred during shift changes. To understand the reasons for these events, they began shadowing nurses in the three units that commonly transferred patients to them.

What they found helped the teams to avoid mutual finger-pointing, develop empathy and trust, and delve into the systemic issues that were at the root of care coordination flaws. For instance, on the perianesthesia care unit, the shadowing nurse discovered there was often a long backup of patients waiting to be transported off the unit. As a result, patients would arrive hours late on the med-surg unit, and their reports would no longer be timely.

Getting students to shadow is relatively easy because we can make it part of a course. However, it can be a struggle to make this happen among clinical staff members, because time spent shadowing someone else is time you aren't spending on your normal duties. It's thus "unproductive time."

But clinicians should give shadowing a try. Use it to prevent handoff errors and improve care coordination, by understanding how your work affects those "upstream" and "downstream" from you, and vice versa. When you make the commitment, it can be worth it.

Use the Shadowing Another Provider Tool to guide you through a structured approach to the shadowing exercise. This tool was developed for Comprehensive Unit-based Safety Program teams but can be used alone.

4 thoughts on “Walking in Another Caregiver’s Shoes”