Why White Coats Should Be Optional 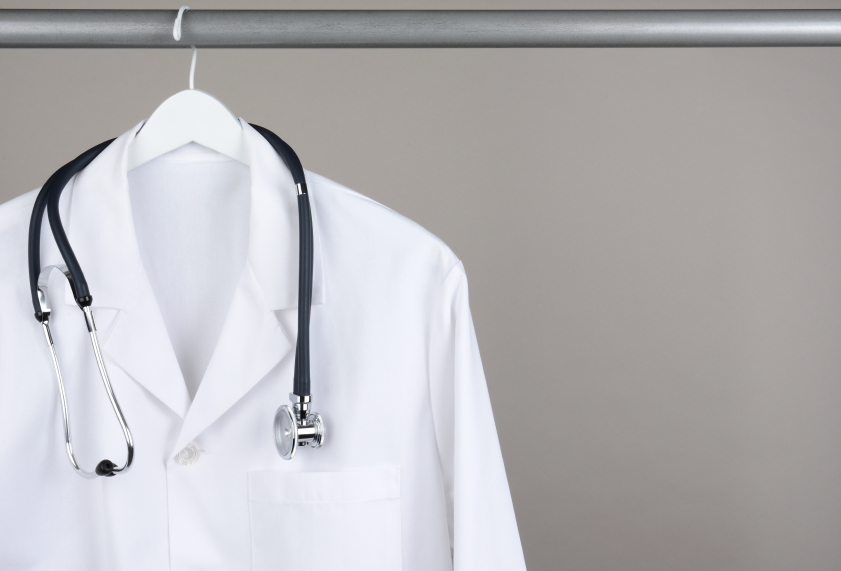 Would my white lab coat be better put to use when I carve the Christmas roast than when seeing patients?

After all, we know that these coats can be covered with pathogens, including drug-resistant ones, which may be transmitted to patients. They are cleaned infrequently: In a survey of physicians, nearly 58 percent said they laundered their white coats monthly or never. Less than 3 percent washed them daily or every other day. What is the harm in adopting a "bare below the elbows" policy for health care professionals — as has been done in the United Kingdom — to reduce the chance of transmission?

Philip Lederer, an infectious disease specialist in Boston, is one of the latest to argue that the white coat, long a symbol of the medical profession, ought to go the way of the nurse's cap. On his informative and frequently entertaining White Coats website, he lays out a convincing case as to why we should voluntarily stop wearing white coats. While raising the infection risks, he points out that the coats are not solely the mark of physicians, but also physician assistants, nurse practitioners, nurses and other health care professionals. "White coats are so widely worn they no longer serve to identify who the doctors are. White coats do not make you a better clinician or improve your fund of knowledge. They're just a habit. And I think they should be retired," he writes. The Boston Globe recently picked up on his efforts and highlighted the issue, as did National Public Radio.

Will this be the tipping point or just another scientific issue that goes on unresolved? The white coat debate may be new to some, but it has been raised on and off for the past several years within the infection control community, with no clear end in sight. The Boston Globe reported that there is just one organization in the U.S. that encourages clinicians to hang up these coats: Virginia Commonwealth University School of Medicine.

"Show Me the Data"

In the medical community, like many scientific communities, we frequently demand convincing evidence before committing to new protocols and policies, or before approving a new drug or device. Yet there are cases in which clamoring for evidence or demanding that evidence come from randomized clinical trials can serve to redirect and deflect arguments, a sort of scientific filibuster.

On this debate, this deflection often involves pointing out that there has been no trial to clearly demonstrate that the coats are responsible for hospital-acquired infections. Such a trial would cost many millions of dollars, and even then, the results may not be definitive.

Certainly, we benefit when the efficacy and safety of a new cancer drug is determined in a clinical trial. But arguing that we need a trial to establish the infection risk presented by white coats, Lederer says, is akin to saying that we need to prove it’s safer to wear a parachute before jumping out of an airplane. We don't need clinical trials when the theory is strong — a person with no parachute will almost certainly die — the causal relationship between the intervention and outcome is direct and short, and the outcome is immediately observable and unambiguous.

Few things in medicine have these attributes. Theories are uncertain or evolving, causal pathways circuitous and long, and outcomes delayed and difficult to measure. But the white coat issue comes close.

What is missing from the white coat debate and many others is a framework for resolving the tension and uncertainty to move forward. Such a framework would focus on clearly identifying what problem we are trying to solve and might include answering:

My stance: We could voluntarily ditch the white coats without needing a clinical trial to tell us it’s OK. We know that white coats can carry pathogens, and it is logical to think that germs could be transmitted from physician to patient. Given that confirming this theory could be prohibitively expensive, we can look at the implications of acting and not acting. While the risks of maintaining the white coat tradition are clear — potentially more infections and preventable deaths — the risks of removing this potent symbol of professionalism would be less significant, though certainly real for some clinicians. How would patients react? Studies disagree on whether they prefer the white coats — some may find them reassuring, but others may see them as elitist.

Some experts may argue that we should instead focus on proven infection control practices, such as hand hygiene. Yet it's hard to see how voluntarily giving up your white coat would distract from that. It may even raise awareness in general about the importance of hand hygiene once clinicians consider the pervasiveness of germs on their attire, stethoscopes and keyboards. The risks of doing nothing seem much greater than of making the change.

The real cost of abandoning white coats, it seems, has less to do with preventing infections and more to do with the potential emotional or social consequences. We often say that people do not fear change itself; rather, they fear loss. Symbols and rituals play important roles in our lives, and loss of these may cause distress for some. To influence change, we need to seek to understand and mitigate that loss of perceived stature or power. Can we replace the white coat with a new symbol that says, I am a physician? I am not sure what that would be, but if we found an answer, it might help advance this debate.

34 thoughts on “Why White Coats Should Be Optional”