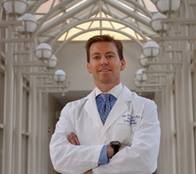 Peter Pronovost is a practicing anesthesiologist and critical care physician and a professor in the departments of Anesthesiology & Critical Care Medicine, Surgery and Health Policy and Management who is dedicated to finding ways to make hospitals and health care safer for patients.

In June 2011, he was named director of the new Armstrong Institute for Patient Safety and Quality at Johns Hopkins, as well as Johns Hopkins Medicine’s senior vice president for patient safety and quality.

Pronovost has developed a scientifically proven method for reducing the deadly infections associated with central line catheters. His simple but effective checklist protocol virtually eliminated these infections, saving 1,500 lives and $100 million annually across the State of Michigan. These results have been sustained for more than three years. Moreover, the checklist protocol is now being implemented across the United States, state by state, and several other countries. The New Yorker magazine says that Pronovost’s “work has already saved more lives than that of any laboratory scientist in the past decade.”

Pronovost has chronicled his work helping improve patient safety in his book, Safe Patients, Smart Hospitals: How One Doctor’s Checklist Can Help Us Change Health Care from the Inside Out. In addition, he has written more than 400 articles and chapters related to patient safety and the measurement and evaluation of safety efforts. He serves in an advisory capacity to the World Health Organizations’ World Alliance for Patient Safety.

The winner of several national awards, including the 2004 John Eisenberg Patient Safety Research Award and a coveted MacArthur Fellowship in 2008, known popularly as the “genius grant.” Pronovost was named by Time magazine as one of the world’s 100 “most influential people” in the world for his work in patient safety. He regularly addresses Congress on the importance of patient safety, prompting a report by the U.S. House of Representatives’ Committee on Oversight and Government Reform strongly endorsing his ICU infection prevention program.

Leave a Reply to A safety checklist for patients | ExpressWell, Inc. Cancel reply