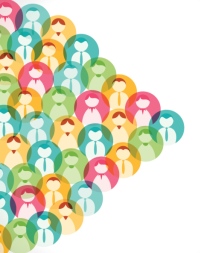 For weeks, I reflected on that day not quite understanding what exactly had happened. Then I read a New York Times article on the science of paying it forward. Cornell University sociologists Milena Tsvetkova and Michael Macy explained how we are much more likely to perform a kind act when we experience or witness one. Experiencing a small kindness is more potent than observing one, though in the case of the doughnut shop, observing proved a potent pill. They describe how chains like I observed are not rare at all. At a drive-through coffee shop in Manitoba, Canada, one customer paid for the person behind them, and the chain progressed to 226 people. At a Chick-Fil-A drive-through, there was a 67-customer cascade after one generous customer paid for the person next in line.Read More »The Ripple Effect