Ruling out the wrong diagnosis 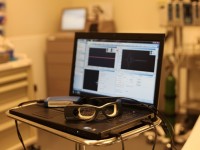 A machine that detects minute eye movements that are difficult for most physicians to notice may be a more reliable and cost-effective way to diagnose stroke in patients with dizziness.

Although misdiagnosis may kill up to 80,000 annually—more people each year than firearms and motor vehicle accidents combined—you won’t find it on the list of the country’s leading causes of death.

Most Americans don’t realize how frequently well-meaning medical providers get it wrong. Just last year Johns Hopkins researchers found that one in 12 ICU patients die from something other than what they were being treated for. Aside from a handful of instances covered by the national media, misdiagnosis hasn’t received much attention from the public or the medical community. One such tragedy is the death of Rory Staunton, a 12-year-old boy who was treated for an upset stomach and dehydration instead of sepsis, a severe response to infection that requires immediate treatment with antibiotics. To make a complex diagnosis like sepsis, a doctor may need to assess a couple dozen different factors.

One solution is to arm clinicians with better problem-solving tools and improved IT systems to help them identify possible diagnoses faster and more accurately, especially for conditions that are commonly confused or missed altogether. This week at Johns Hopkins, a team of researchers shared some promising results about a new way for emergency medicine doctors to accurately detect stroke in patients with dizziness.

That team, led by Armstrong Institute faculty member David Newman-Toker, found that a portable bedside device that measures eye movements could accurately predict whether a patient’s dizziness was caused by a life-threatening stroke or a less time-critical issue like a balance disorder. The machine could be a time saver for busy emergency department doctors who often rely on brain imaging, typically a CT scan—an expensive and inaccurate technology for this diagnosis.

"We're spending hundreds of millions of dollars a year on expensive stroke work-ups that are unnecessary, and probably missing the chance to save tens of thousands of lives because we aren't properly diagnosing their dizziness or vertigo as stroke symptoms."

If their results can be replicated on a larger scale, the device could one day be the equivalent of an electrocardiogram, the go-to tool to rule out heart attack in patients with chest pain.

For more details, read a press release about the study or watch David's interview with CBS This Morning.

Among other efforts on the diagnostic errors front at Johns Hopkins, an international conference was hosted on our campus this past fall.

Congratulations to David and the whole team on their exciting and important work to save or improve the quality of life for the 20,000 to 30,000 patients who suffer an overlooked stroke each year.

1 thought on “Ruling out the wrong diagnosis”