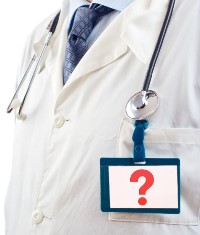 One of the most exciting things about working in patient safety and health care quality is that it’s not solely about advancing science or applying performance improvement methods. It is also about the excitement of being part of a social movement that is changing the culture of medicine—putting patients at the center of everything, sharing errors in the hopes of preventing future ones, and confronting hierarchies that stifle communication and innovation.

Kate Granger, a physician in the United Kingdom who is living with terminal cancer, has tapped into that sort of enthusiasm in a big way. Last summer, reflecting on a recent hospital admission, Granger remarked in her insightful blog that some members of her care team never introduced themselves when approaching her. She wrote:

She asked that health care professionals make a pledge to introduce themselves to every patient that they meet, and share the challenge with others across the National Health Service. Thus was born a movement that went viral, aided by the Twitter hashtag #hellomynameis. More than five months since her post, there is a steady stream of tweets every day. Some clinicians wear lanyards with the hashtag, a show of support and a reminder to introduce themselves. Last week, NHS Employers released a video celebrating the #hellomynameis campaign.

More than anything, introducing yourself to patients is an issue of providing compassionate care. But it is also a patient safety issue. We know that faulty communication so often lies at the root of medical errors. How many adverse events might be prevented if all clinicians introduced themselves, making them more inviting to questions and concerns?

As Granger points out in her blog post, sometimes we need to do the simple things well, like introducing ourselves, so that the more complex aspects of providing care “will follow more easily and naturally.”

The #hellomynameis campaign is most firmly rooted in the United Kingdom, but it’s a concept that should be adopted by anyone, anywhere who has direct patient contact. Hopefully, it’s not too much to ask caregivers to keep a simple mental checklist of everything they do when approaching a patient: sit down near the patient, introduce yourself by name, listen to the patient and learn from them.

If we join this movement that puts patients at the center of our work, we would see the world differently. If we put patients first, we would have open visiting hours. We would round inside of patients' rooms rather than in the hallways. We would conduct nursing shift change with the patient and loved ones present rather than without them.

Several years ago at Johns Hopkins, we embraced a similar concept on our surgery teams. Before the start of a case, the entire care team—surgeon, anesthesiologist, nurses and others— introduce themselves by name, as a prelude to going over the details of the operation. They talk about what might go wrong, so they can preemptively deal with those issues before incision. Across health care, we talk about the importance of treating patients and family members as part of the care team.  We can’t honestly profess to be doing that unless they know our names.

« A cure for ‘initiative fatigue’? » The Ripple Effect