Can Hospitals Police Themselves to Avoid Too-Risky Surgeries? 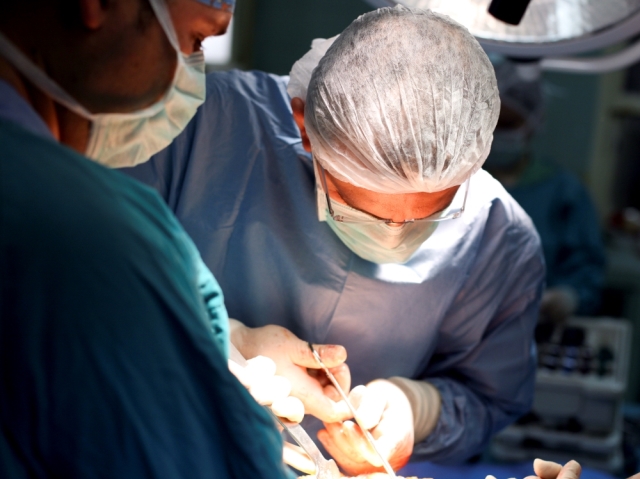 Imagine you were seeking major surgery, and the hospital's consent form contained this surprise statement, which you were asked to initial: "I understand that this surgeon and hospital have not performed this procedure in the last 12 months. As such, I accept the greater risk of complications and even death."

It's hard to believe that you would sign the form and move forward with the surgery.

However, that's the decision that some patients unwittingly make when they agree to high-risk procedures by surgeons with insufficient experience in performing them, or in hospitals where they are not commonly done. For decades, evidence has shown that mortality is lower, and outcomes are better, when you seek certain procedures from physicians and hospital teams with more practice doing them. And yet, complex surgeries such as pancreas and esophagus resections are done too often in hospitals that may have done none or one in the previous year.

Recent articles in U.S. News & World Report highlighted this connection between volume and outcomes, focusing on five common procedures and conditions. For example, as many as 11,000 lives of Medicare patients could have been saved between 2010 and 2012 if patients received treatment at the highest-volume fifth of the hospitals instead of the lowest-volume fifth.

The differences in volumes and outcomes are staggering. For example, low-volume hospitals perform about 35 hip replacements a year and have mortality rates that are 48 percent higher than expected, according to U.S. News. High-volume hospitals, on the other hand, performed 430 hip replacements a year, with mortality rates 15 percent lower than expected.

Nobody has done anything about this problem – not hospitals, individual surgeons or regulatory organizations such as The Joint Commission or Centers for Medicare and Medicaid Services. But last week, the leaders of three health care systems — Dartmouth-Hitchcock Medical Center, University of Michigan Health System and Johns Hopkins Medicine — announced that we planned to take action. We selected 10 high-risk procedures for which the link between volume and mortality is strongest and decided that we would not perform them if our hospitals did not meet certain thresholds. Likewise, we would not allow our surgeons to do these surgeries unless they performed a minimum number of them every year.

These are conservative thresholds, which would remove hospitals and surgeons in the lowest fifth by volume of procedures. And yet doing so for these 10 procedures alone would save 1,300 lives a year, according to an analysis by Dartmouth surgical outcomes expert John Birkmeyer.

Without a doubt, surgery is complicated, requiring the skilled coordination of teams in the operating room, recovery unit, intensive care unit and elsewhere. We can't reduce surgical quality to the person holding the scalpel or a hospital's name. Yet we also can't ignore what the evidence tells us about the importance of meeting minimum volumes for certain procedures.

A Tough Road Ahead

At each of our hospital systems, the chairs of the departments of surgery and the division leads of the surgeons for each type of surgery all agreed that this change needs to happen. And you would think that we can just make it so, but we can't. There's a hitch: We need the vote of our hospital's physicians.

Regulations by CMS and The Joint Commission give a hospital's medical staff the power to place constraints on physicians such as meeting certain volume requirements. These rules require that physicians be self-governing, meaning that for every hospital wishing to adopt these standards, the chair of surgery must make a recommendation to their medical executive committee – the physician leadership of the hospital – who must vote to approve this change. This process would need to be repeated at each of the nation's more than 5,000 hospitals. (One exception: Hospital leaders may decide that their facility will not perform certain elective procedures under any circumstance, in which case physician approval is not required.)

On one hand, letting physicians govern themselves is wise. It respects their unique knowledge of their field. Indeed, when I discussed these thresholds with surgeons and other physicians, they identified important nuances that must be included in the plan. For example, we must make accommodations for new surgeons by having them mentored. Perhaps we could apply the surgeries that they do under mentors toward meeting the minimum number of cases. We must account for surgeons who performed high volumes of a surgery for many years and then take a yearlong sabbatical.

Yet on the other hand, relying solely on physician committees to police themselves is at best a long, slow and uncertain process. The evidence for a strong volume-outcome relationship has been around since 1979, and yet some physicians categorically oppose any constraints on practice. Further, it may be in the financial interest of the doctors and hospitals to keep doing these high-revenue procedures. Such factors reduce the likelihood that medical executive committees will approve new rules. Perhaps we need a balanced approach, in which corporate health systems gain power to create policies for volume thresholds within their hospitals, and hospital leaders can support policies that reduce risks to patients.

Hospital leaders who pursue these volume thresholds should do so thoughtfully and with caution. They should reserve such constraints for procedures in which the evidence of patient benefit is strongest. They should work collaboratively with medical staff on these policies and actively seek to identify and mitigate any unintended consequences.

Can we expect hospitals and physicians to place constraints on themselves? If we're skeptical, an alternative would be for CMS or The Joint Commission to require that hospitals have minimum volume thresholds for high-risk procedures, when the evidence supports it. There is precedent for such a move: No hospitals can perform organ transplants without obtaining CMS approval.

I've seen the need for this revolution first hand. Several years ago I cared for "Mrs. K," an elderly patient who had been transferred to Johns Hopkins after an esophagus cancer resection at a nearby hospital and eventually died. The surgery had gone terribly wrong, and she had not been informed that the hospital had performed just one esophagectomy the year before.

If you think this is a rare occurrence, think again. In the Leapfrog Group's annual Hospital Survey, one-third of the hospitals that reported that they offered elective esophagectomies in 2013 performed either one or two that year. It's doubtful that those hospitals' patients were informed that they were taking a risk. Just 10 percent of the hospitals did 20 or more esophagectomies – the hospital-level threshold that our three health systems announced that they would adopt for this procedure. While the Leapfrog survey's respondents are a self-selected group, representing about a third of all U.S. hospitals, these numbers hint at the extent of the problem.

This issue brings up a consistent challenge when it comes to patient safety. Even though thousands of people may die one at a time, alone in a hospital, it gets less attention from the public and policymakers than a smaller number of deaths from train accidents, mining accident or defective car parts. When these other tragedies occur, they receive immediate congressional and public attention, and actions are taken as a result. Twisted metal gets more attention than twisted bodies, it seems.

Perhaps this is because, unlike in Mrs. K's case, we don't always see firsthand when patients could have fared better if they went to high-volume hospitals for procedures. Statistically, the low-volume providers have higher mortality, more complications and higher readmission rates. But because these providers have so few cases, it may be years before they get a stable estimate of their facility's mortality or complication rates — if they're looking.

It shouldn't matter. It is time that these often faceless victims get the same public outrage and attention of policymakers as other causes of preventable harm.

4 thoughts on “Can Hospitals Police Themselves to Avoid Too-Risky Surgeries?”