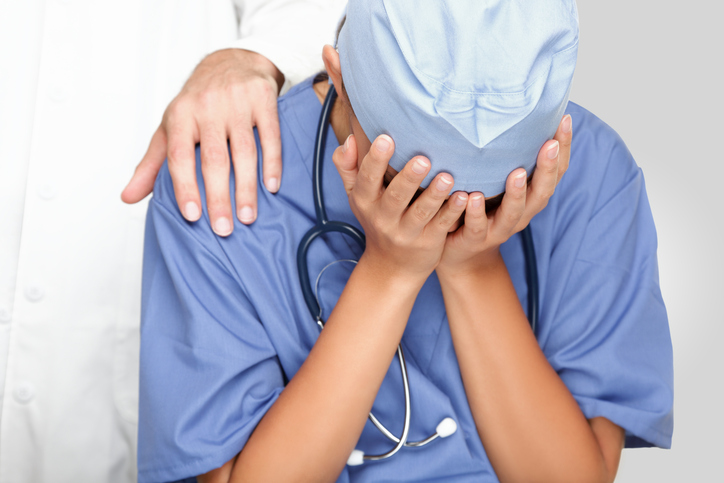 Saving their hospital nearly $2 million a year wasn't the goal for Albert Wu and Cheryl Connors when they created a program to support traumatized colleagues. Wu, a physician and health services researcher, and Connors, a patient safety specialist from a nursing background, were responding to a human need: Health care professionals too often had to cope by themselves following medical errors, near-misses and other stressful patient-related events. These employees risked a host of symptoms, such as difficulty sleeping, depression, flashbacks and self-doubt — harming not only their health but also threatening their ability deliver safe, compassionate care.

Their solution — the Resilience in Stressful Events (RISE) team — has filled the gap, training employees across The Johns Hopkins Hospital to deliver psychological first aid and emotional support to colleagues across campus. RISE has responded to 185 calls so far, reaching about 800 providers.

Yet, as the RISE program has grown and spread – some other hospitals have since adopted it — Wu had wondered how to gauge its value. On first glance, it might be hard to see it as anything other than a financial drain, taking up staff time without bringing in revenue. And while it might prevent emotional distress or depression — a worthy goal in itself — how do you put a dollar figure on that?

This is the kind of challenge that excites me as a health economist: conducting cost-benefit analyses of health care improvement efforts in which at least one side of the equation defies easy definition. Several years ago, for instance, colleagues and I reported that prevention of pressure ulcers in acutely ill patients was more cost-effective than delivering standard care and treating those ulcers that occurred. Prevention also benefitted patients, of course.

In an age of uncertainty around health care policy and hospital budgets, there's a tendency to retreat to a simplistic approach, fixing your sights on efforts that simply reduce costs or increase the flow of money from insurers. In truth, there are many more variables that can sway the bottom line. They're just not always obvious, and they are not absolute. They require working under assumptions, creating mathematical models to simulate how the world works, and analyzing the results.

For a recent study on RISE, we sought to understand the financial impact of peer support in human resources terms. We tallied the cost of running the program — such as hours that volunteer peer responders are unable to do billable work — and came up with a cost per year for each nurse who received peer support. It amounted to about $656.

That was relatively straightforward. But what did we get for that investment? That took a little more creativity. To reach an estimate, we asked nurses across the hospital to tell us how likely they would be to take time off or quit their job after a stressful patient-related event in two scenarios — without RISE peer support, and with RISE.

The differences were striking. For instance, nurses were almost four times as likely to predict that they would leave their job after a high-impact patient event (an unexpected death, for example) in which they did not get peer support, than they were if they got RISE support.

Given that replacing a nurse can cost $100,000 or more, these dollars can add up. We found that there was a net cost savings of nearly $22,600 per nurse who received help from RISE. In all, the RISE program benefit totaled about $1.8 million. The total benefit to all employees was probably much larger because the study looked only at nurses served by the program. Replacing a single attending physician, for instance, can cost several hundred thousand dollars.

As with many cost-benefit studies, these numbers are not as black-and-white as those on a financial ledger. One can quibble with our methods. For instance, the nurses who took our survey may not accurately predict how they would respond to a traumatic event, or how likely it is that peer support would help them avoid days off or career changes. But even if their estimates are a little off, it's hard to argue that the investment in a program like RISE doesn't make financial sense. In fact, the hours devoted to helping colleagues through difficult ordeals might be the most financially productive time these volunteers spend.

William Padula, Ph.D. is an assistant professor of Health Policy and Management at the Johns Hopkins Bloomberg School of Public Health. He is also core faculty with the Armstrong Institute for Patient Safety and Quality.