The Psychology Behind Antibiotic Misuse 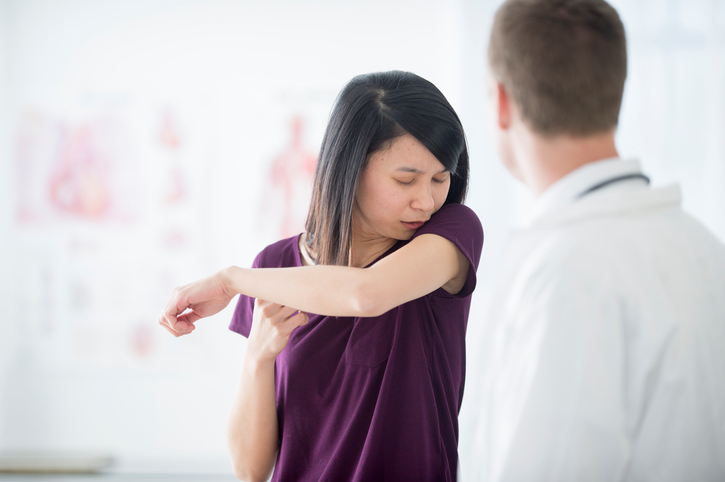 None of us wants to live in a world without access to lifesaving antibiotics. No patient should be subject to an allergic reaction or organ dysfunction from these drugs. No one wants to contract a potentially deadly form of diarrhea, claiming roughly 30,000 lives a year in the U.S., that can take hold after antibiotics wipe out healthy gut bacteria.

Yet, every day, patients are prescribed antibiotics that they did not need or that are not clinically indicated, exposing them to the risk of these harms. In clinics, 30% of prescriptions are unnecessary. In hospitals, 20% to 50% of antibiotic use is considered inappropriate; in long-term care, it’s 75%. This overuse and misuse also contributes to the spread of multidrug-resistant organisms, diminishing our arsenal of these agents.

Certainly, physicians need the latest guidelines on how to prescribe for different clinical conditions, or whether to prescribe at all. But slapping educational posters in the exam room or issuing new clinical policies won't move the needle enough. Changing behavior is hard. We have to look at the social and behavioral fabric in which antibiotic prescribing decisions take place.

One reason is that humans don't always behave rationally. The field of behavioral economics has identified tendencies and biases that can cause us to act against our own best interests, and against the best evidence. The applications of this discipline to health and medicine have been popularized in Richard Thaler and Cass Sunstein’s "Nudge" and explored by Johns Hopkins economist Douglas Hough, in "Irrationality in Health Care."

One of the tendencies relevant to antibiotic prescribing is "action bias." Let's look at the all-too-common scenario of the patient with a nasty chest cold. The telltale signs of bacterial infection, such as dark brown sputum, are not present, meaning antibiotics probably won’t help. Yet patients don't want to be told to go home and get rest. They want their doctor to do something — write a prescription or give a diagnostic test, if one exists. The physician feels the pressure to prescribe.

Other behavioral economics concepts also help explain prescribing habits. Despite knowing that inappropriate antibiotics may make a patient susceptible to deadly diarrhea and increase antibiotic resistance, "future discounting" leads prescribers to give less weight to those harms in favor of more immediate benefits here and now, such as more-satisfied patients. "Base-rate neglect" may lead physicians to ignore the low statistical odds that a certain patient with a bad cough has a bacterial infection and instead treat that person as a unique case. "Loss aversion" compels them to avoid losses — prescribing antibiotics to reduce the small risk of missing a bacterial infection — rather than help them recover without unnecessary risk, cost or inconvenience. Clinicians vividly recall very sick patients with septic shock; quickly giving these patients powerful antibiotics can save their lives.

These tendencies can explain the hurdles to better prescribing, but we can also leverage human nature to help improve care. One of the most powerful, it appears, is appealing to clinicians' competitiveness and professionalism. For instance, in 2016 researchers reported that inappropriate prescribing went from nearly 20% to less than 4% after they began sending monthly emails to physicians informing them whether they were top performers in antibiotic prescribing. In the U.K., similarly, thousands of physicians who were unusually high prescribers of antibiotics received a letter alerting them to this fact. After six months, their antibiotic prescription rates dropped by 3.3% — or 73,000 fewer prescriptions.

Other social incentives may also prove effective. What if prescribers received regular reports on their patients who had antibiotic-related complications — particularly when the regimen was unnecessary or inappropriate? How about creating friendly competition between physicians, clinics or hospital units by posting their rates of appropriate prescribing? Such approaches have helped to improve hand hygiene here at The Johns Hopkins Hospital, and they may work with prescribing as well.

Johns Hopkins Medicine, in partnership with NORC of the University of Chicago, is leading a national project funded by the Agency for Healthcare Research and Quality to improve antibiotic use in hospitals, nursing homes, and ambulatory care. Certainly, we are drawing on best-practice guidelines and educating patients and families about the risks. But we recognize that we will not succeed without creating social incentives, giving providers feedback on their habits and helping organizations foster a culture in which discussions about antibiotic prescribing are encouraged.

This post was originally published in The Wall Street Journal.

Hospitals across the United States are welcome to join the AHRQ Safety Program for Improving Antibiotic Use. The 12-month program, which begins in December 2017, provides tools, training and resources to help hospitals prevent harms associated with antibiotics. It is led by the Johns Hopkins Armstrong Institute and NORC at the University of Chicago, and is funded and guided by the Agency for Healthcare Research and Quality.

3 thoughts on “The Psychology Behind Antibiotic Misuse”