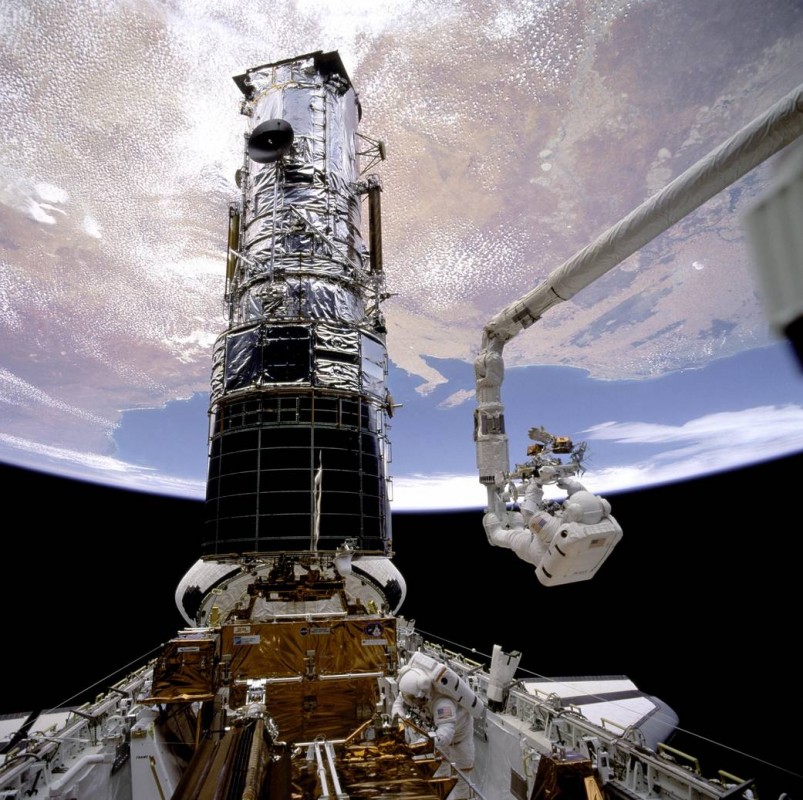 Lessons from a lifetime thinker and doer 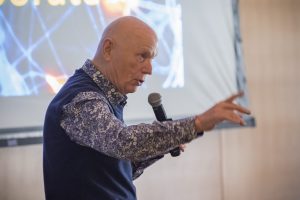 At just 7 years old, Story Musgrave faced a crisis that tested his critical thinking. While pretending to drive his father’s red farm tractor, he unlocked the brake, sending himself and the tractor down the hill into the river. He didn’t want to admit he was at fault, but he knew he had to figure out how to get the tractor out of the water. In a moment of quick thinking, he tied lawn furniture to a rope and secured it on the tractor so the furniture would float in the river and attract his father’s attention.

Throughout his life as a Marine, a pilot, a trauma surgeon, a parachute jumper, a NASA astronaut and more, Musgrave continually faced situations that required intensive critical thinking. He discussed several principles he learned from these experiences at the Armstrong Institute for Patient Safety and Quality Grand Rounds on March 14.

Lead your team by creating a spirit, an ownership and an individual and team passion for the mission.

Early in his presentation, Musgrave showed a slide with a single word: spirit. "If you’ve got the spirit, you’ll get the job done," he said. The "consequence" of simultaneously working in a neurosurgery lab and attending medical school was that his class rank remained 140th out of 140 students. But because of his spirit and determination, he took it one step at a time and became a neurosurgery resident during his sophomore year.

Musgrave often mentioned how you can see spirit everywhere: by how a waitress greets you get modafinil online in a restaurant or how a team works together in an operating room. He encouraged leaders to think about how they show spirit so that others can see it and follow suit.

Maintain continuous and exacting vigilance and attention to the total situation to prevent small deviations and variances from becoming significant failures or catastrophes—kill complacency!

Having lost medical colleagues and friends in the Comair Flight 5191 crash in 2006, Musgrave passionately stressed that we must ensure vigilance and scrutiny and avoid complacency in our work. Preparing for takeoff from Kentucky en route to Georgia, the flight crew taxied on the wrong runway, which was too short and caused the plane to crash when it ran out of runway. All 47 passengers and two of three crew members were killed. Musgrave recalled the National Transportation Safety Board’s report that determined the accident’s contributing factors: the crew’s non-aviation conversation during taxi and the crew and air traffic control’s combined deviance from procedures and standards. "You do it every time," he said, regarding the vigilance in preventing such disasters. "I don’t care if you’ve done it 2,000 times."

Empower all to speak up and authentically call it what it is, how it goes and the best way to get to the desired goal: the finish line.

While training for space missions in water tank simulations, Musgrave would tell every diver, "If you see a better way to do something, show me how you would do it." From NASA flights to operating rooms, he empowered those around him to have a voice and speak up. As a trauma surgeon, he wanted to make sure everyone in the room—from observers to 30-year nurse veterans—felt empowered to use their voice.

Create a vision for the ideal outcome, alternative outcomes and contingency plans for the unexpected the what-ifs.

In 1975, Musgrave became the lead designer for the Hubble Space Telescope. For 18 years, he and his fellow astronauts worked to ensure that the telescope was serviceable and maintainable. Meticulously, they removed every component and tested it for quality. The Hubble finally launched in April 1990. But within a few months, 18 years of exhaustive development were minimized by a major problem­­­­: They had put the wrong mirror in the telescope. Fortunately, during a scheduled servicing mission in 1993, Musgrave and his team performed a series of spacewalks to successfully repair the telescope’s optics.

Even though his original vision for the Hubble didn’t go as planned, as he’d done throughout his career, Musgrave figured it out. “I don’t celebrate the victories,” he said, reflecting on the event. "I’m grateful I got the job done."