The Value of Safer Care 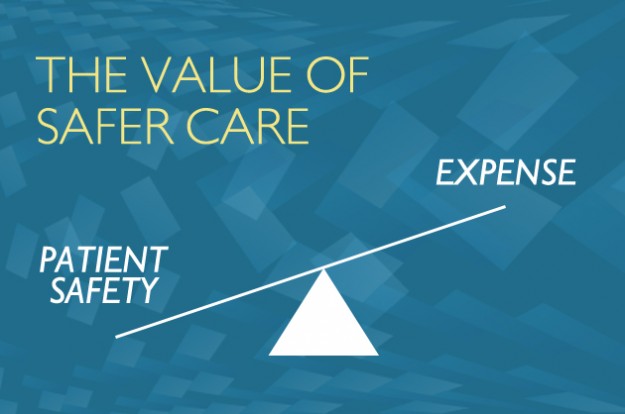 What is it worth to be treated in a hospital with a stellar patient safety record rather than one with lower performance?

For a large majority of survey participants in a recent study by researchers from the Altarum Institute and Drexel University, the answer is quite a lot. Published online last month in the Journal of Patient Safety, the study found that most respondents would choose a hospital with a higher patient safety rating, even if it meant paying an additional $1000 in out-of-pocket costs. The results give hope that patient safety performance will be a powerful motivator in hospital choice — and thus in compelling hospitals to improve.

In the survey, roughly 2600 individuals were introduced to the concept of patient safety and what better safety ratings mean: “fewer problems such as infections, injuries, medication errors and deaths during surgery.” They were then introduced to the Leapfrog Group Hospital Safety Score, a composite patient safety measure that assigns a letter grade to each hospital. Each participant was presented with one of 30 scenarios, in which they had to choose between two hospitals with different Hospital Safety Scores, out-of-pocket costs and total price.

These were hypothetical scenarios, and we know that patients consider a mix of factors when choosing a hospital — such as their primary care physician’s recommendations, other people’s experiences, magazine rankings, reputation, location and even whether there is free parking.

There is little evidence that publicly reported patient safety measures are a major part of that equation for most actual patients. That could be due to a number of factors. People may be unaware of the issue of preventable harm, or it might seem like a vague concept to them. They may choose to ignore it, keeping faith that they won’t experience a preventable harm. Or, even if they seek out the safety and quality data, they may be overwhelmed by the sheer number of measures to track down and sift through. They may not be aware of composite scores such as the Leapfrog Group’s.

This study hints at what might be needed for patient safety performance to get the attention it deserves in these decisions.

If you’re shopping for a new car, you could quickly track down the well-tested, simple safety ratings from the Insurance Institute for Highway Safety or the National Highway Traffic Safety Administration. People know that good ratings mean less chance of death or serious injury should they have an auto accident, as well as an increased ability to avoid crashes in the first place. A low rating certainly is a red flag when you’re considering a particular model. For patients selecting a hospital, safety ratings should one day be treated the same way.

12 thoughts on “The Value of Safer Care”